Right now I am in the hospital. The cancer is back. After some really tense weeks I was diagnosed again with lymphoma, cancer of the lymphatic system. This is relatively favorable. My chances for the first time in 2015 were 90%. For the remaining 10% they are 70%-80% after a relapse. 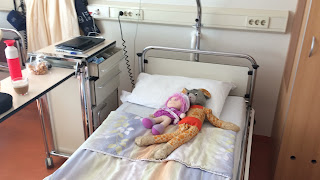 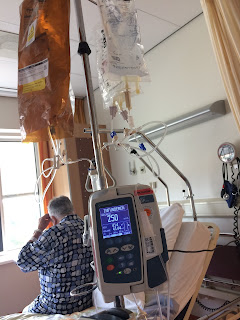 
At the time I am writing this I am in the oncology section of the OLVG West Hospital in Amsterdam West for four days to give me immuno- and chemotherapy. The first time, in 2015, I never thought about being part of the 10% that has a relapse. I saw the cancer as a sort of super flue, with a compulsory sabbatical. I turned the situation around in my head and made it into something positive. A chance to purge myself. And that is what I did. I thought a lot about the stuff I did. I made choices and tried to go on in a different way. The coming year reflected these choices. I had concerts with my good friends Rembrandt Frerichs, The Four Baritones, Ernst Daniel Smid, Remy van Kesteren, Martin Fondse, and much more!
I have the biggest class at the conservatory in Tilburg I have had since I started, with really good musicians from all over the world. I was looking forward to working with them so much. Luckily I found an excellent substitute, Juani Palop.

But during summer holiday I found a bump on my chest. After some tense weeks it turned out to Hodgkin's disease again. Which was relatively good news. The old cancer could also have developed into a less favorably form of for example non-Hodgkin.

Of course it is a big disappointment. I can hardly start to describe what I and my family and friends feel at this time. I will get three times three weeks of chemo- and immunotherapy, of which the first four days I will be hospitalized. Then, if all goes well, in the second half of November I will get a stem cell transplant. They will give me back my own stem cells that they will harvest after the second chemotherapy. If there are no complications I will be done before Christmas. Then recovery. And trying to get back in the game.

I will keep playing the sax during the therapy, like last time. And again I will be on the look out for stuff that I like to play even more. But this time I can't attach a reason to all of this, yet. I will keep you posted.

Thanks and stay safe, Ties