In the hospital taxi on my way to the VU Medical Center for the third day of chemotherapy in the second cycle. 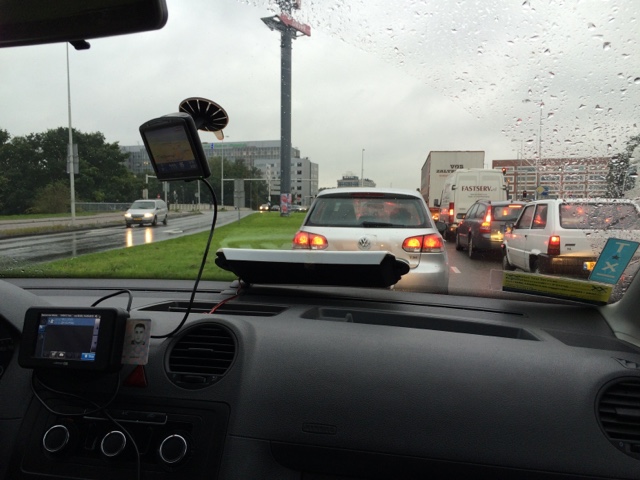 Each cycle lasts three weeks. I started 24 August. In July I was in Mexico to visit my father in law with our family. I got a massive on pain on my chest there and went to the doctor. She had a ultra sound done which showed some swellings in my chest and under my armpits. 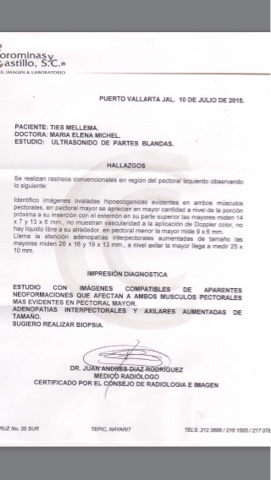 This is the advice the radiologist have after the ultra sound. Of course I was immediately alarmed. We all were. But the vacation was good in the end.
When we came back my Gp send me with urgency to the Lucas Andreas hospital where I had to stay for some days. After several punctions that were not succesful they removed one of my glands. It could still be an infection. But in retrospect I think if they had to put money on it, they would root for cancer. After about two weeks the word was out: lymph node cancer. They told me that it was relatively good news. This is the 'best' type of cancer you can get. And they were afraid for methastized muscle or thymus cancer. That would have been very bad.
After one week more they told me it was Hodgkin's disease. From all lymph node cancers the 'best' type you can get. With a heavy chemo (beacopp escalated) there is a 90% chance of getting better.
I like to think that my chances are even better because I am relatively young, have good blood values, am relatively fit and do not have diabetes or anything.
In the end, well fuck, I got cancer... Shit.... On good days I try to see as a sabbatical. On bad days I try to get past the days, hours.
I'll be back. Better than before.
More later.